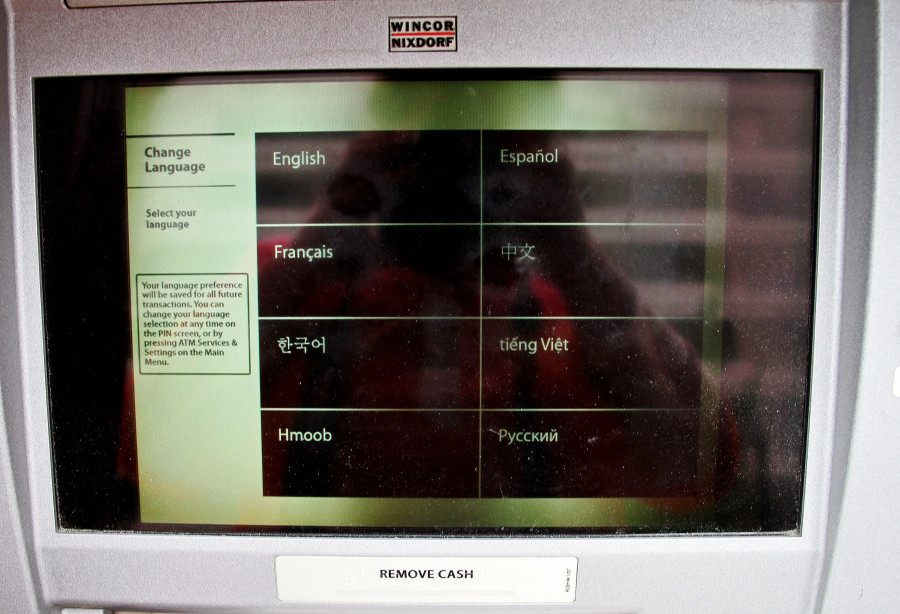 Today I made a quick stop at an ATM in DC and noticed a new language on the screen - Hmoob! What's this? I had no idea. I came home, googled it and discovered it's an Asian language spoken by a sect of people scattered in Thailand, Vietnam and Laos. Americans, we're not known to be linguists, though language study is required in both high school and university. At my high school the only options were French and Spanish. The choice was easy for me because I don't like the French language and don't consider it romantic at all. There's no appeal for me when a man speaks French - to my ears it sounds very pretentious and effeminate. So I studied Spanish in both high school and university, but rarely use it and am not fluent. Language - it's a very touchy subject for some people.( Collapse )
Collapse