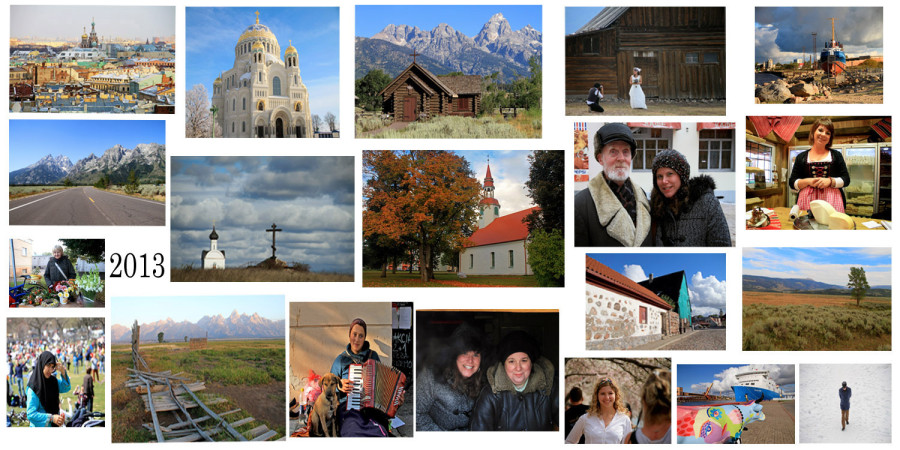 At the end of the year, people throughout the world focus on introspection. Some years are better than others, but the most important thing to me is to always grow as a human being. Sometimes growth comes from joyful experiences and relationships. Other times heartbreak or sorrow. Bad experiences and personal mistakes often create the greatest lessons, and the bravest of souls are those who can look in the mirror or inward, recognize personal faults and try to fix them. Every year, waves of emotion build and crash and life remains fluid, constantly moving and shifting in both good and bad ways. In 2013, life was mostly good and on the travel front exceptional! I never imagined at the end of 2012 that I would visit Russia twice in 2013. Many other new countries were added to the list, including Estonia, Latvia, Lithuania, Poland and Belarus. I discovered several new States in my own country, including wondrous Wyoming. My solo journey through the Jackson Hole area of this State was one of the best and most memorable of the year, rescuing me from a very dark emotional place mid-summer.

When I wrote my summary of 2012, I had only 12 subscribers on LiveJournal. Now I have 1,300. I'm still amazed that Russians care about the musings of an average American woman, but I'm happy to have so many new readers in 2013. Special thanks to my original supporter Alexander Belenkiy and new advocates

ru_learnenglish, all of which continue to promote my blog and make people aware of my content. Let's take a look at my most popular stories of the year. I bet you can guess which post came in first place!( Collapse )
Collapse