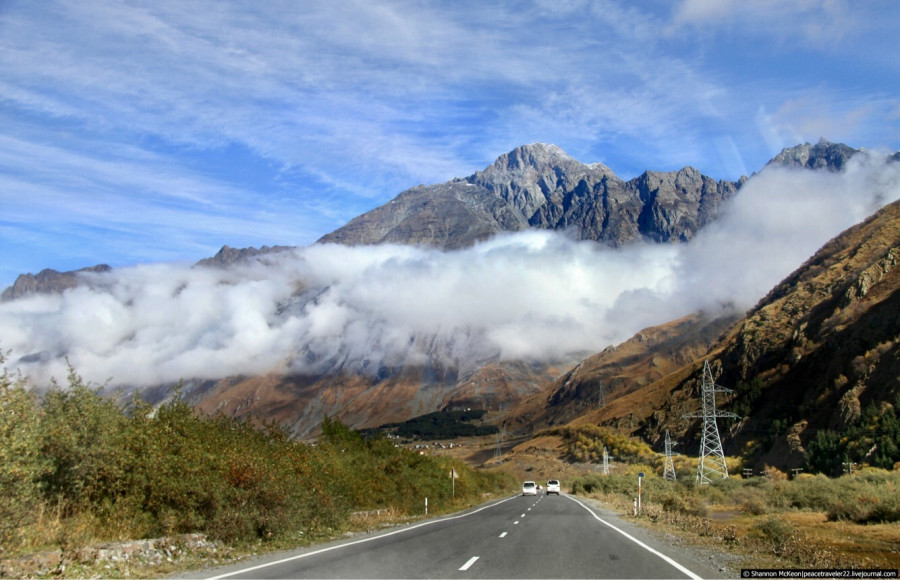 At various points in life I was chasing something, and there is one common thread to all the pursuits. Adventure, curiosity or wonder have always been tied to the chase - whether it was an intriguing man I was trying to figure out, some exotic location I was trying to make my way to, or some natural landscape I wanted to experience in person rather than simply admire from my computer screen.

In Georgia, I was able to chase clouds - yes, I love them! At many points during the journey they were hanging so low it felt like I could reach out and touch them with my fingers. One such place was along the Georgian Military Highway, which connects Tbilisi to Vladikavkaz in North Ossetia. It is also the site of the only official border crossing into Russia, at least this is my understanding. The border used to be restricted to CIS citizens only, but is now open to all. If you're looking for a day trip from Tbilisi, this is my recommendation, and let's see why.( Collapse )
Collapse